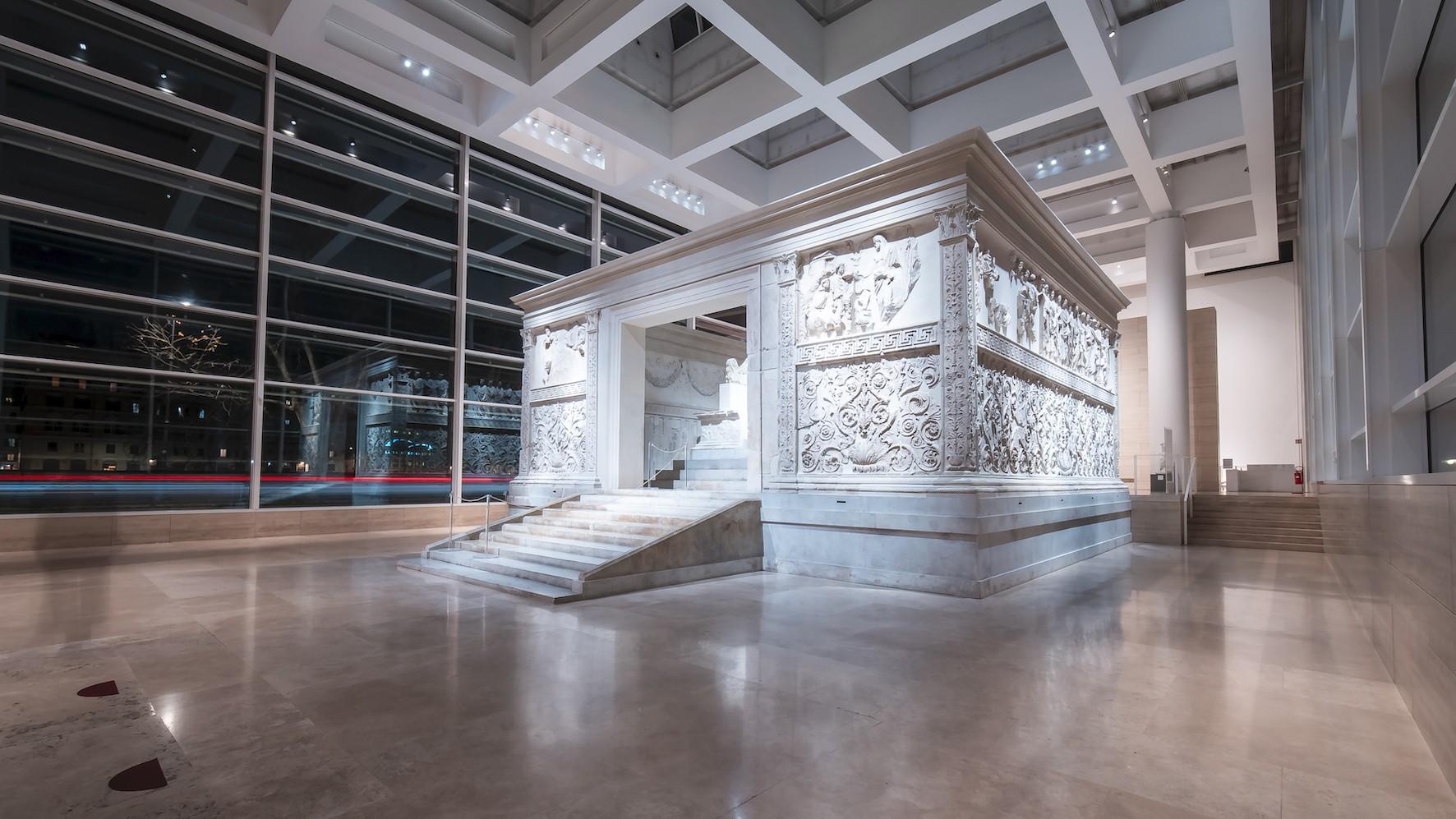 The Altar of Augustan Peace is one of the most important ancient monuments in Rome. In 2006, Richard Meier + Partners created the glass building of the Museo dell’ Ara Pacis, which protectively surrounds the altar. The original lighting concept for the building has now been converted to energy-efficient, low-maintenance LED spotlights and wallwashers, supplied by ERCO and lighting controls by Casambi. This new and highly sustainable lighting system convinces in terms of quality of perception and economy – as well as scoring with energy savings of around 85%.

A total of 218 LED lighting tools from ERCO now illuminate the museum and its central exhibit of the ancient altar in a new light. The aim of the conversion from halogen lighting to contemporary LED illumination was, in addition to improved energy efficiency, to increase the quality of visual perception of the monument and the associated spatial experience. The original lighting concept, based on the idea of ‘positive contrast’, was retained: it not only uses nuanced levels of brightness to create perceptual hierarchies between the exhibit and surrounding space but also builds up additional contrast through the use of different color temperatures.

In the exhibition hall with the altar, Parscan spotlights (24W LED) with a warm white light color of 3000K and spot distribution (16°) provide general lighting. The sacrificial altar itself, enclosed by four walls, is illuminated by Parscan spotlights (8W LED) with neutral white light color of 4000K and narrow spot distribution (6°). This directional accent light creates an expressive interplay of light and shadow on the ornate marble reliefs and enables the depicted figures to be emphasized in a sculptural way.

With the help of sensors and Casambi lighting controls, the new lighting now responds accordingly: light intensity is regulated in such a way that the marble reliefs on the exterior surfaces of the altar are optimally illuminated, with the monument standing out against its surroundings in a radiant white. In addition, further pre-defined light scenes can be called up depending on the season, time of day and use of the museum.

All Parscan spotlights with LED were mounted on an existing ERCO track, which, together with wireless Casambi controls, kept installation effort and costs low. The new lighting system commissioned by the City of Rome and generously sponsored by Bulgari, represents a sustainable investment. Maintenance-free and with long service life, its connected load is only 8.4 kW compared to the 57 kW of the old system, which means it consumes around 85% less energy.