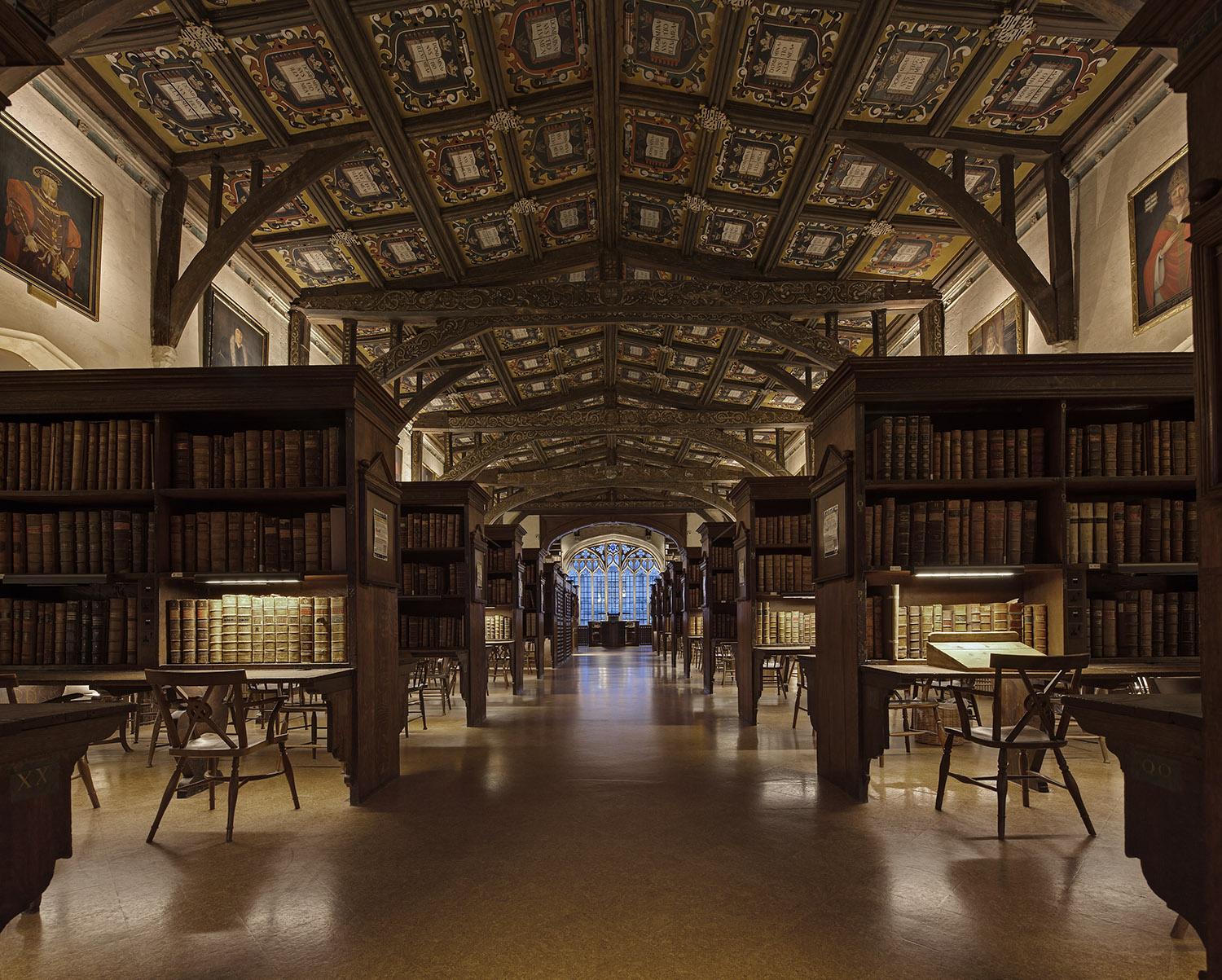 The Bodleian Library at Oxford University is one of the oldest libraries in Europe and has parts that date back to 1487. It is the main research library of the University of Oxford and holds over 12 million items, occupying five buildings.

Many might recognize the library, as it has been featured as the Hogwarts library in the Harry Potter films.

The library has been updated with state of the art lighting and lighting controls with the latest technology from Casambi.

Urban Jungle Energy & Engineering, in collaboration with Tyson Lighting were engaged by Rob Gregg of the University of Oxford to refurbish the existing lighting. The task at hand was to enhance the lighting functionality of the space without disturbing the original architecture.

After twelve months of design development and negotiating with English Heritage and stakeholders the project is ready. Absolute Action and SMY Electrical have done the installation of new fiber-optic LED engines that are controlled via Casambi. The most difficult aspect for SMY was the safety requirements to deal with such a prestigious building that required special fireproof housings and the best working practices. At no time during the refurbishment was the library completely closed to students. SMY completed the mission with excellent credits.

Casambi, as a truly wireless lighting control solution, is the only way to go, when a 500-year-old building has to be respected but updated to be functional.

Casambi’s CBU-ASD was small enough to fit into the refurbishment design, so no customization had to be done. The library’s 170 luminaires are separated to 2 different networks and the staff of the library controls the lighting via Xpress switches. Xpress is used to recall scenes and to turn off the lighting when the library is closed. A “fade to zero” functionality has been implemented for the staff of the library to exit before the lights are completely turned off.

One problem that occurred on site was that some of the power supplies were told to be “DALI compatible” but were not relaying a logarithmic dimming curve as the DALI standard would require. Luckily the dimming curve for Casambi’s CBU-ASD can be modified, so a rewrite of the fixture ID to accommodate their ‘linear only’ type command was done.

Special thank you to

By being able to change the dimming curve for CBU-ASD, power supplies that were delivered with unclear compatibility info, could anyway be used.