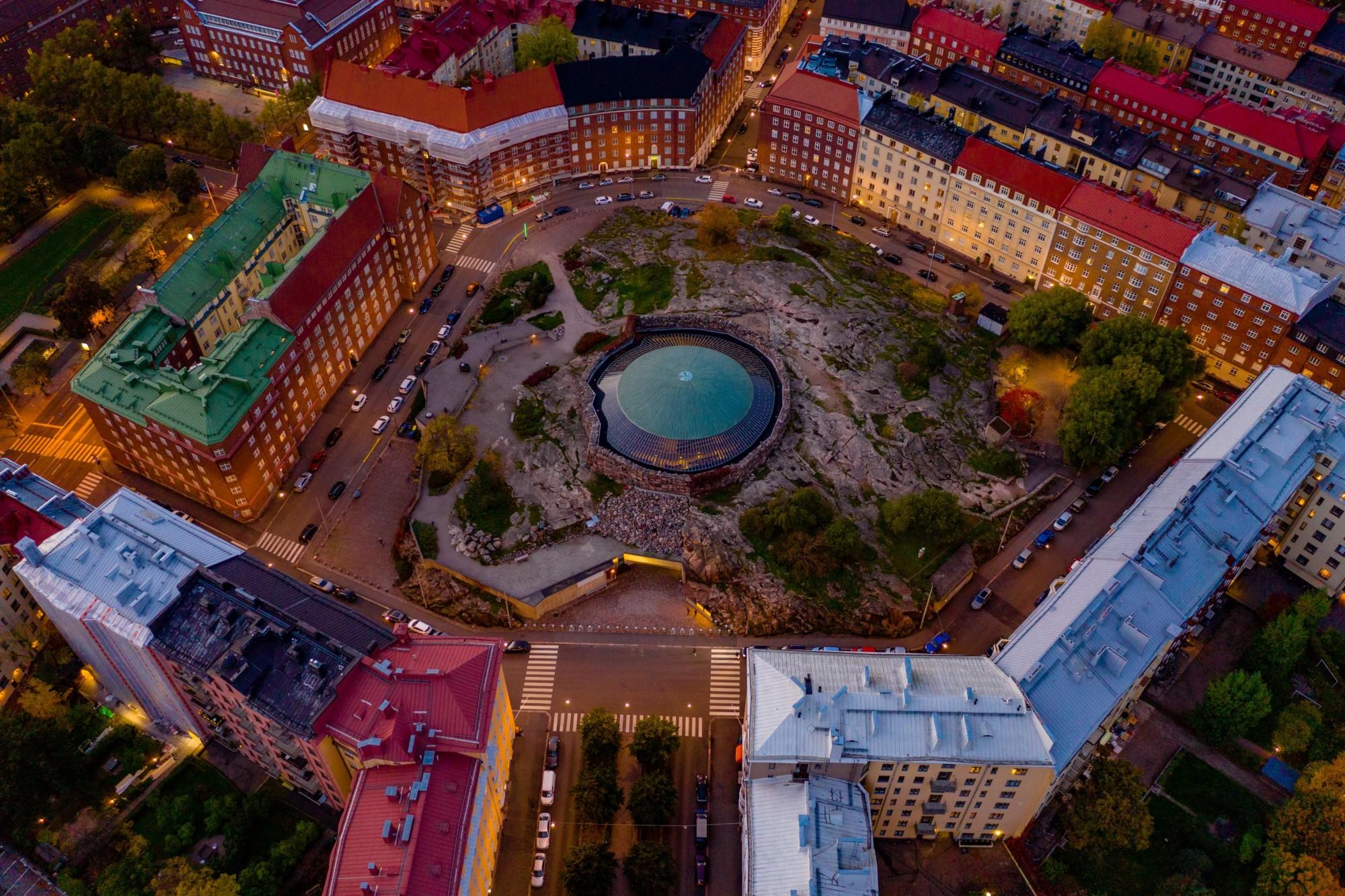 The Temppeliaukio church is a rare and unique structure in the heart of Helsinki. Far from the more traditional buildings that churches are usually associated with, Temppeliaukio has been excavated directly into solid rock. As well as functioning as a Lutheran church, it is one of the main tourist attractions in Helsinki.

The church, completed in 1969 by architect brothers Timo and Tuomo Suomalainen, is covered by a copper dome and has rugged rock walls in the interior. Its distinct architecture has gotten the attention of architects the world over.

The church hall, previously illuminated with high-power halogen floodlights, and controlled in groups with traditional dimmers, was fitted with modern LED floodlights chosen to match the old luminaires’ appearance, and the control and regulation system was implemented with the modern Casambi solution.

The Parish reports that even with lighting levels consistent with the previous system, the new layout uses only 15% of the power, achieving significant savings in energy consumption and maintenance costs. The new control solution has also eliminated the interference caused by the previous controls to the audio system in the church hall.