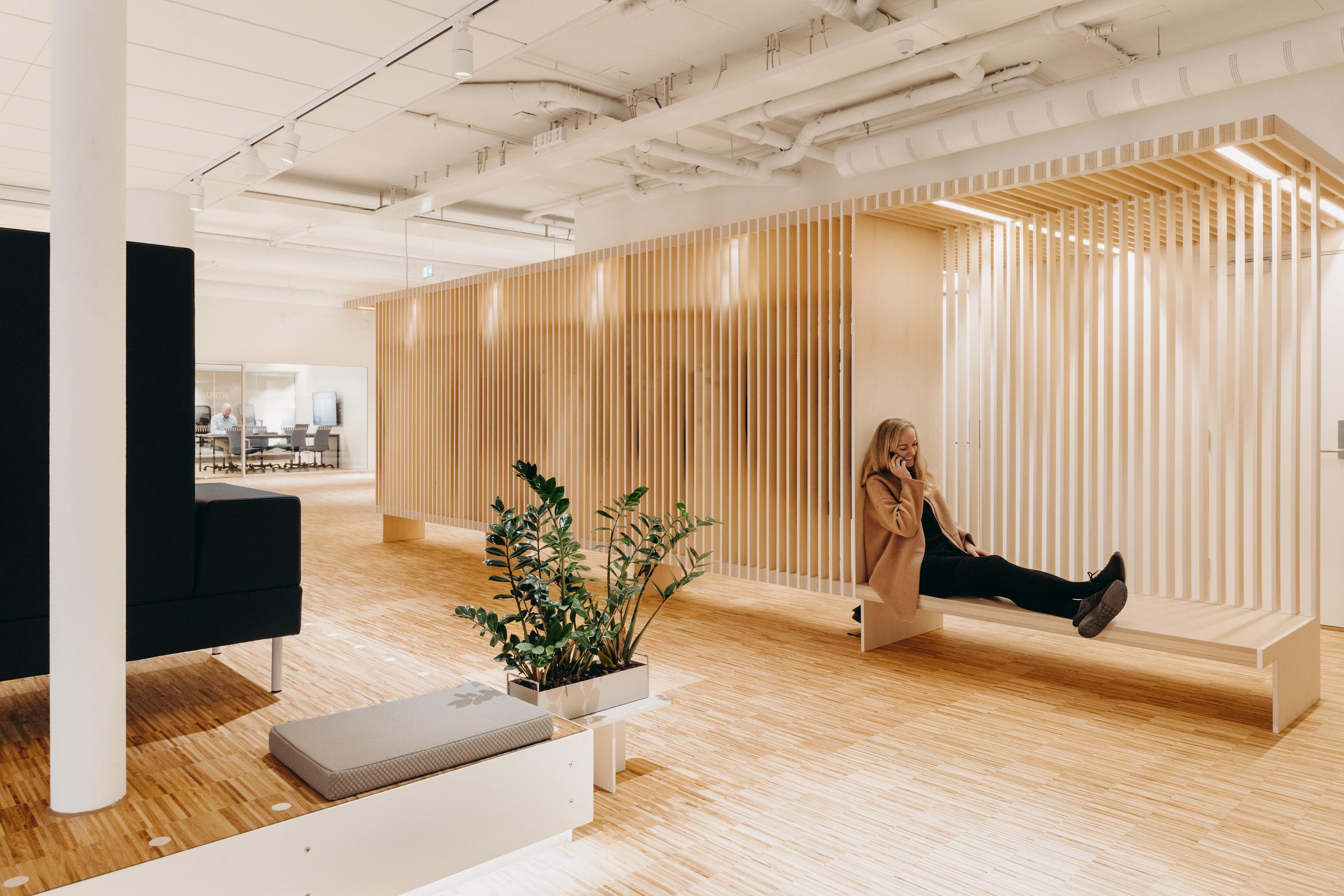 The client also wanted to have individual control of the lights in the showroom so they could change up the layout with ease and with no extra programming involved. Alpha Elektro ultimately went with Casambi due to its easy-to-use, versatile, and reliable wireless lighting control system and ease of installation, due to no need for additional wiring.

Flokk HQ now has a fully automated light control system complete with sensors and built-in Casambi nodes in the fixtures, and with Vanpee decorative LED light strips. All parties involved agree that there were very few challenges in the installation and setup phase; due in no small part to Casambi’s completely wireless solution.

Products installed include Casambi CBU-ASD, CBU-DCS, CBU-PWM4, CBU-TED, Xpress panel, EnOcean panel, LEDsGO switch interface, and CBU-CEFL Sensors. The nodes were grouped according to location and then paired with sensors and panels that can trigger scenes and be timer-based, as per the client’s specifications.