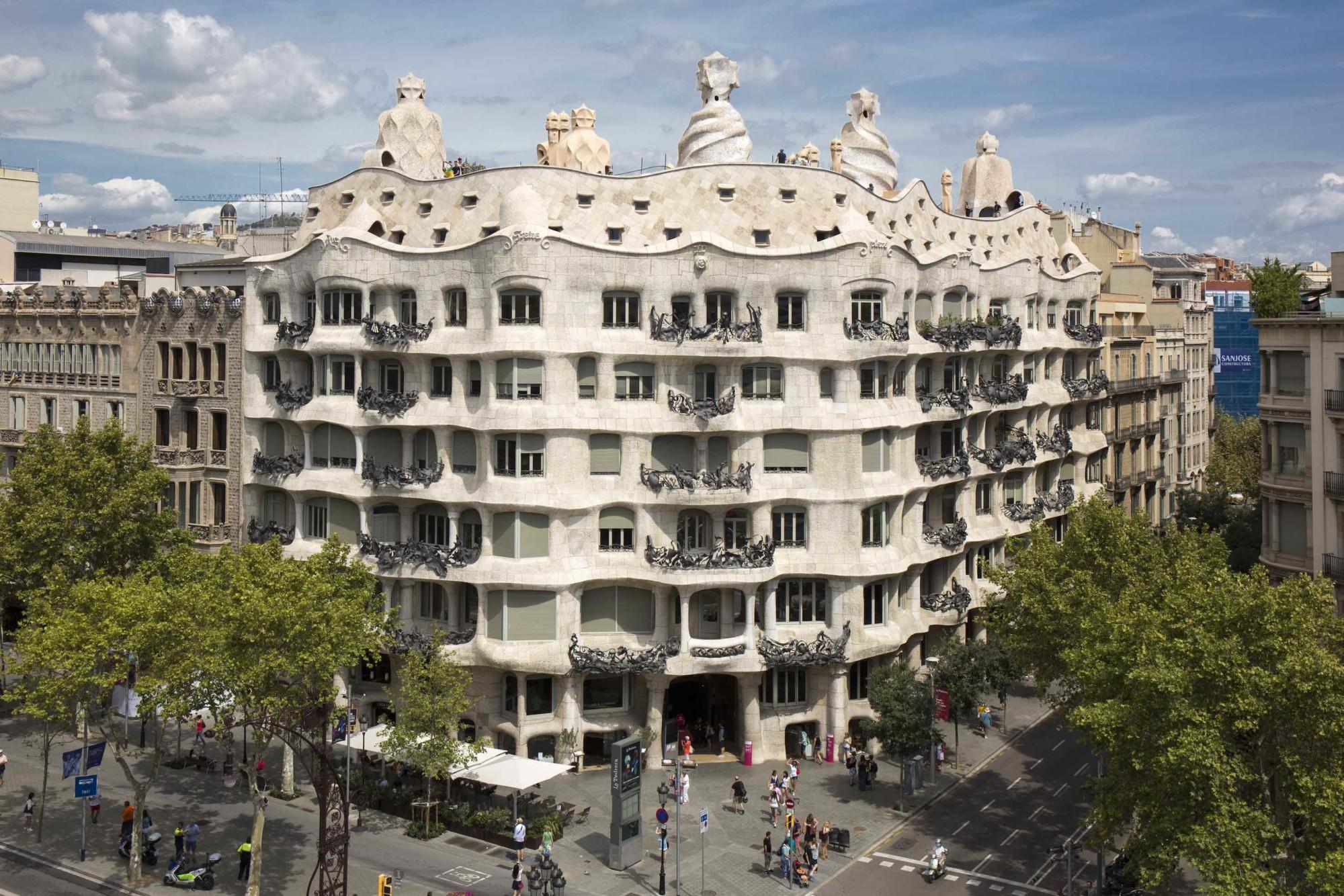 Casa Milà , also known as La Pedrera, is a building design by Antoni Gaudì in Barcelona, Spain. The house is a residential building with over 20 apartments and it was built between 1906 and 1912.

Gaudí made the first sketches of the project in his workshop in the Sagrada Família, where he was working at the time. Nowadays Casa Mila is the headquarters of a Foundation “Fundació Catalunya La Pedrera”, a cultural center that hosts exhibitions, conferences and other activities. The building is open to the public and can be visited by day and night.

Students of ELISAVA, the School of Design and Engineering in Barcelona, designed a temporary facade lighting for the building for Christmas of 2018. The student, doing their masters in Ephemeral Architecture and Temporary Spaces, chose to light up the words EQUALITY, LOVE, HONESTY, PASSION, HAPPINESS, RESPECT, FREEDOM and PEACE, that refer to the intrinsic humanist values of Christmas. The word “BUY” is added between the words as a reflection on the contradictions of Christmas, to make citizens aware of the consumerism traditionally associated with these days.

Casambi technology has been used to control the luminaires installed on the façade of La Pedrera highlighting the words. The words are luminaires made by LLoveras Barceló, the electrical installation was executed by the installer Eléctrica IMS SL and the design and technical coordination of the assembly and programming of dynamic lighting were carried out by ILM BCN S.L.

The project is promoted by the Fundació Catalunya La Pedrera, with the collaboration of the company Identity Visual Exterior SL.

The 15 words made with 3000 K LED strips are controlled with CBU-ASDs. Casambi was an obvious choice for such an important historical building where no wiring could disturb the stone facade.

The lighting was programmed to be completely automatic, changing dynamic scenes with the Timer -functionality. The words decorating the facade are dimmed up and down so it looks like the facade is breathing. In one moment all the words are lit and in another moment the words “BUY” are dimmed brighter than the other words to encourage critical thinking.

Copyright of the pictures: Fundació Catalunya La Pedrera
and Ardila.