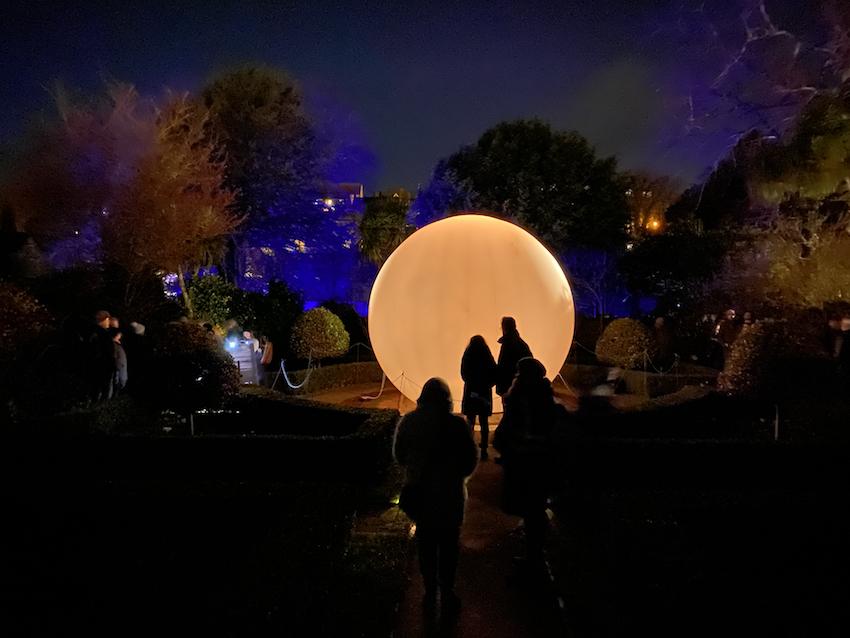 Wonder is a light installation inspired by the moon landing. It was wonder that led humanity to embark on their voyages of explorations and discovery. First, we traverse across oceans and continents, from pole to pole, then head for the skies and finally at one moment of history we set our minds to the space beyond the bounds of this very planet. To discover and be enthralled by wonder has always been our innermost drive, never merely for purely pragmatic or economic gain such as to extract and exploit newfound resources. Wonder led us to land on the moon in 1969.

Today we are faced with one environmental catastrophe over another, perhaps unprecedented in our history. Climate change, natural disasters, mass extinctions have often followed our explorations. It seems that humanity forgot that every uncovering of the unknown not only yielded resources to be exploited, but also foreign, fragile wonders of a world previously untampered by human touch. Desire to exploit has taken over and perhaps taken away our sense of wonder. In this day and age, greed has often replaced wonder in our exploration of discoveries.

It has been 50 years since we visited the moon, and as this memory slowly withers away, we are in jeopardy of losing our sense of wonder as well, replaced by desires to soothe our fear of running out of resources. In many cases of explorations, as we forgot the sense of wonder, we forgot as well to preserve and protect the beauty and wonder we had discovered in the first place. Humanity is not only capable of survival, but also is capable, or responsible, to be more precise, to help the wonders they discover flourish.

This installation wishes to depict a childlike wonder of the moon and space, the journey into the boundless space. Children see moon exploration with a sense of wonder, not greed. That wonder is our hope; we hope for a future generation of explorers that ventures not to exploit, but to protect and preserve their discoveries, out of sense of wonder.

Wonder was developed alongside an installation at Manor Green College, Crawley as a part of the school’s Winterlights Festival 2019, in collaboration with Shadow Cabinet Puppetry.