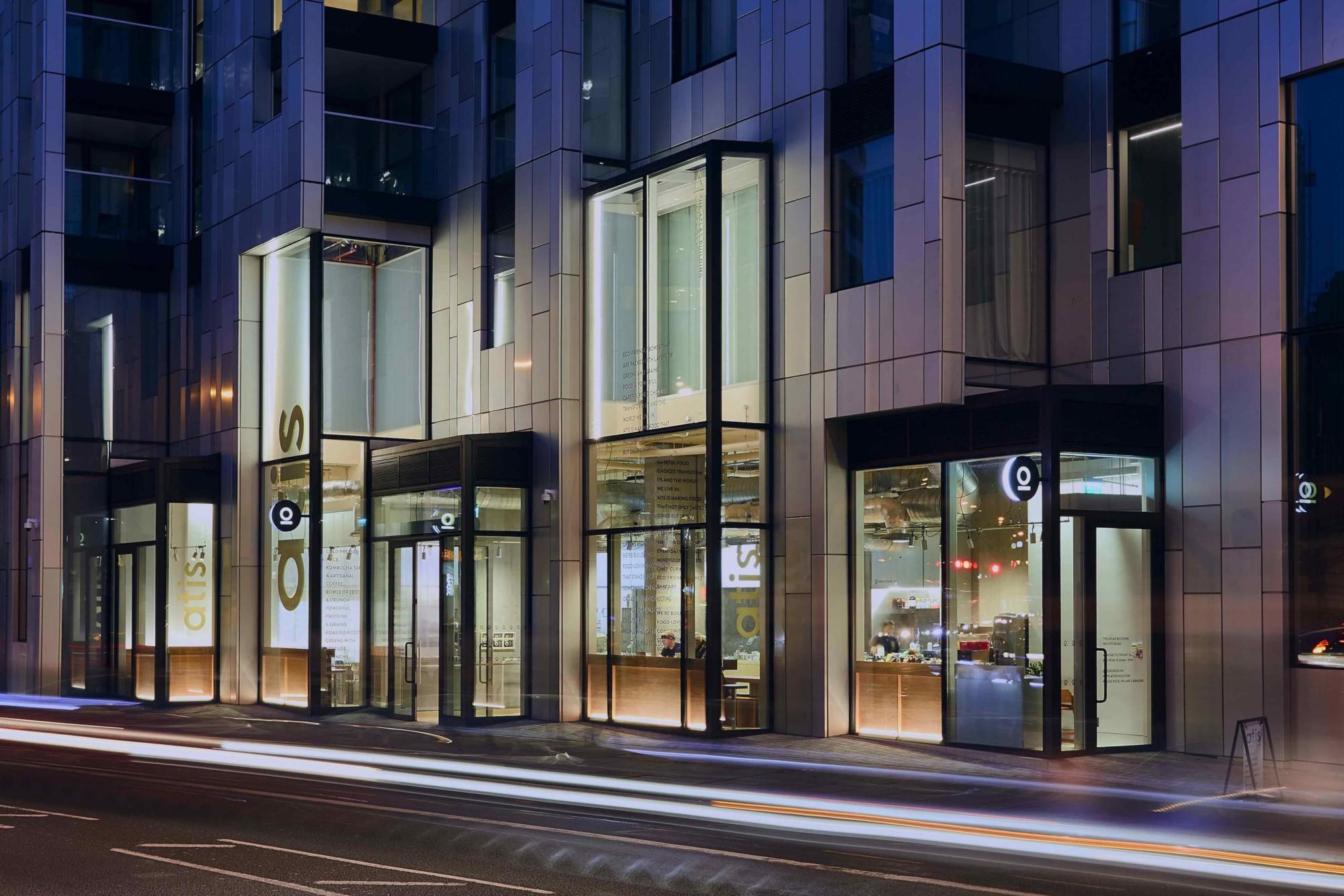 Atis is a new food concept store, located near Old Street station in Central London. The design intent called for a fresh, inspirational space that aligned to Atis’ many sustainability ethos. The interiors are designed with natural materials and exposed ceiling services, all finished in a subtle grey finish palette accented in soft yellow and blue – the brands colours. The main island (‘The Line’) with food display is custom made and in yellow tones, emphasising it as the destination for customers.

The lighting design concept derived from the desire to achieve a hierarchy of brightness principally to aid customers in their journey in this new food concept store. Just as importantly, the seating areas had to feel inviting and activate their generous windows on a very busy London thoroughfare. The colour temperature choice was also much considered and tested, concluding in a cooler temperature range chosen for the improved perception of freshness of green leaves and salads, which is Atis’ flagship food.

The concept also aimed to refer to some utilitarian lighting applications such as the lighting in gas stations, where typically is cool colour temperature and of exceptional brightness and contrast to the any adjacent street lighting. The lighting intent wanted to draw from this notion, emphasising the “Line” where the food is displayed as the customers journey through its length from order to payment. The seating area are softly lit from overhead spotlights that are prescribed to where they are needed only. Circulation areas typically only receive ambient lighting, ensuring a good contrast ratio is met. The kitchen is partly visible through a wall of translucent polycarbonate that repeats and refracts the lighting in the kitchen giving movement to the elevation on the customer side.

The main advantages of Casambi for this project was the ease to install the system itself, as the site has very limited back of house space, and above all the ease to make changes to scenes and outputs via a user-friendly interface. This was very easily demonstrated to the client team and they were quickly on board. Casambi was used throughout site, including presence detector and time clocks, giving the clients full control and maintaining consistency of the their lighting, translating too into savings in their electricity bills.