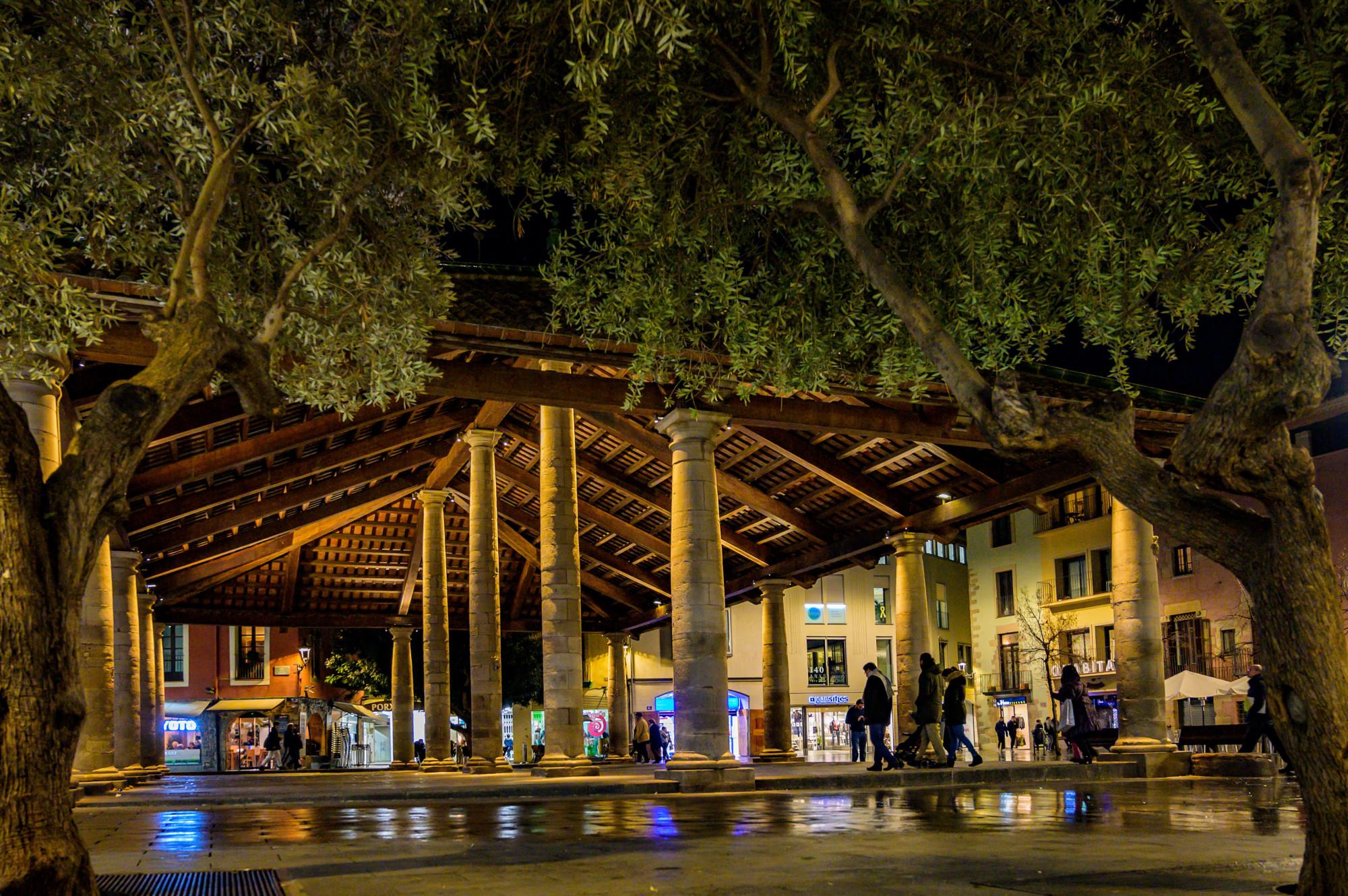 Granollers is a city situated 30 kilometres north-east of Barcelona’s city center. La Proxada, a Renaissance building which served as a grain storehouse and next to it is the Granollers Town Hall with its Neo-gothic facade has been refurbished with a new lighting concept.

The lighting of La Porxada de Granollers marked a turning point in the lighting of this small capital city of the Vallés Oriental region near Barcelona. The architecture of the main monument of the city went quite unnoticed after sunset, although the neighbors enjoyed its discreet presence. With artistic lighting, it has gone from being a somewhat sad space, to being the most characteristic element of the city, also at night, showing off its extraordinary beauty and attracting attention.

The Town Hall building, was created by reforming an old medieval building, designed by the architect Simó Cordomí, who finished its construction in 1902. It is located right in front of La Porxada, making this area the most important commercial, urban and popular centre of the city.

The conceptual genesis of the project, framed in the lighting for medieval architecture of the Master Plan, was simple. The first premise was to use warm light, or very warm, and therefore 2700K was chosen to give warmth to the beams and girders of the structure of La Porxada. Another important aspect is that the elements could hardly be seen, since the monument enjoys high patrimonial protection.  At the lighting concept level, it was about valuing the architecture, whose two main elements are the stone columns, and wooden structure. Therefore, the lighting would be aimed at highlighting these two elements, and not the pavement, as was the case with the pre-existing lighting.

A warm accent light was chosen on two sides of the columns, to emphasize their cylindrical shape, and “fan” shaped beams of light to bathe the entire lower surface of the wooden structure and make it visible. It was also necessary to foresee the lighting of the space, but this functionality was no longer the priority, since only connecting the artistic lighting would we already obtain a pleasant “twilight”, and enough light to walk under the monument.

In the Town Hall, the entire installation is exterior on the façade. The Casambi modules are programmed to switch on and off and have intermediate scenes.