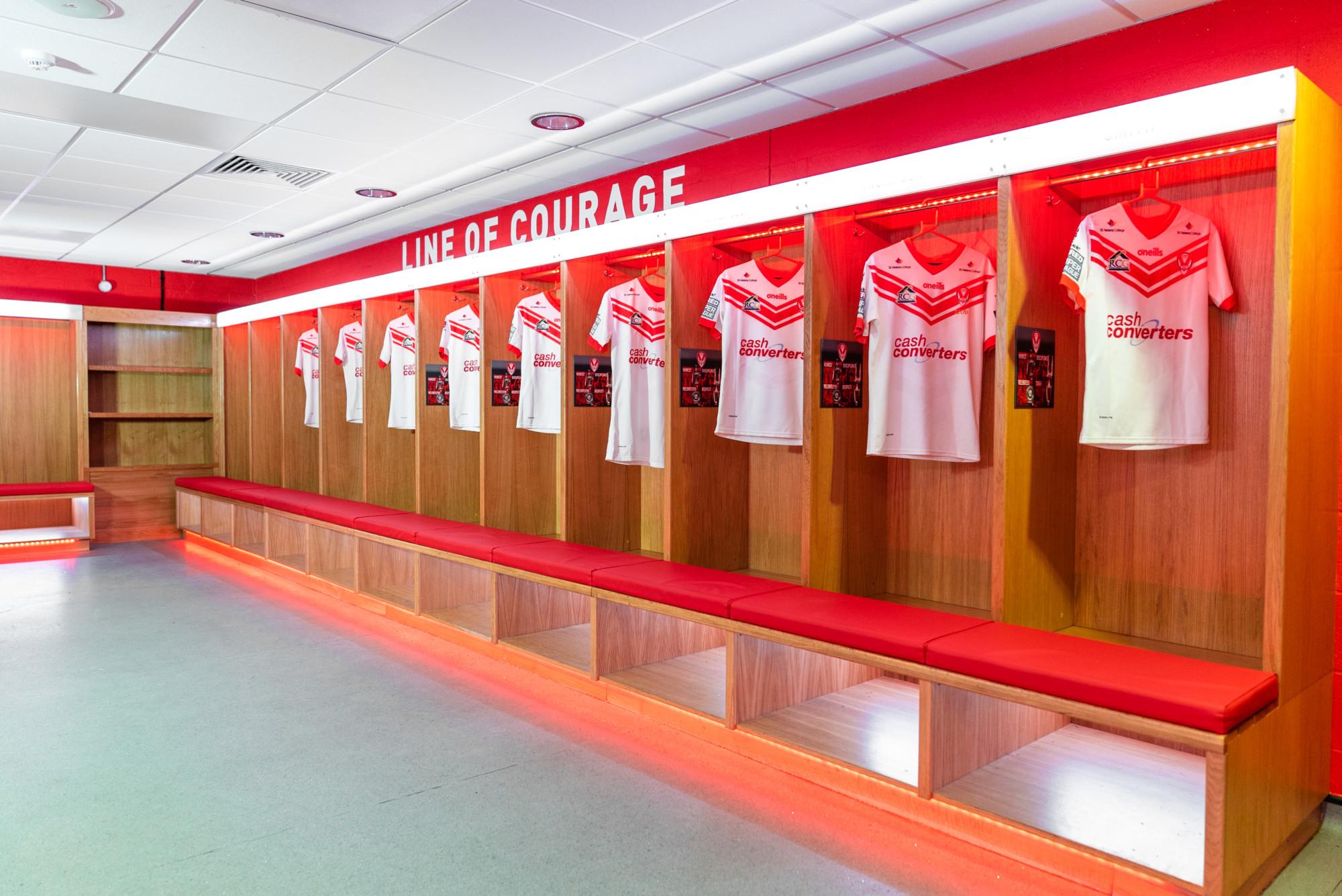 St Helens R.F.C. (Saints) is a professional rugby league club in St Helens, Merseyside who compete in the Super League. Formed in 1873, St Helens are one of the 22 original members of the Northern Rugby Football Union and have been league champions on 14 occasions. Saints wanted to upgrade their changing rooms to create an inviting space that the players could enjoy. They wanted a state of the art, fully controllable lighting system that could be tailored for any event.

Ansell Lighting were approached to a complete a new lighting scheme for the changing rooms and tunnel. The ultimate aim for the redesign was to be able to create an atmospheric environment, adjust the colour of the luminaires for match day purposes, and have app-based control. Ansell’s OCTO lighting control solution, based on Casambi technology, was identified as the perfect partner for the project.

OCTO enabled Cobra LED Strip was installed in the changing rooms and tunnel. The Cobra has a high density (brightness) single colour and RGB flexible LED strip with self-adhesive back. It also features a fast-fit plug and play connection which removes the need for time consuming soldering of joints.

St Helens Rugby Club were delighted with the results and impressed with OCTO’s ease of use and reliability coupled with the intuitive commissioning. The Cobra LED Strips controlled by the OCTO system allows the club to alter the colour of the lighting to set the scene for big upcoming games. It also helped create an atmospheric environment for the players on match day!