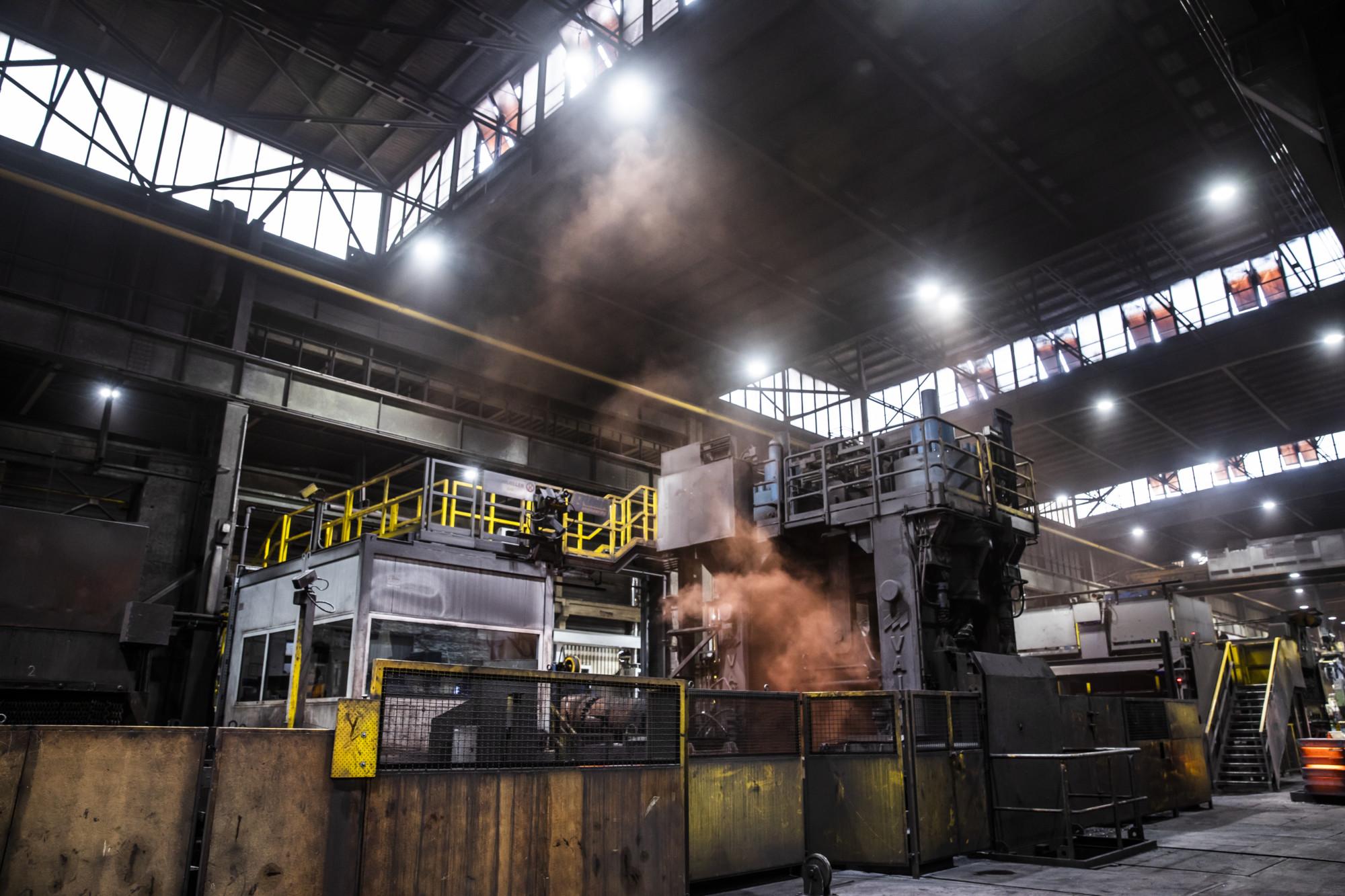 Voestalpine AG, as the parent company of Böhler Bleche GmbH, is a leading global steel and technology group with combined material and processing expertise and one of the leading partners in the automotive, aviation, and oil and gas industries.

The Voestalpine Böhler Bleche GmbH repair hall in Mürzzuschlag, Austria, has recently undergone an LED lighting upgrade to reflect the need for easier control and making the solution wireless at the same time. In order to be able to optimally adjust the intensity of the light to the given requirements, ambient conditions, and external influences, a lighting control system was implemented via radio. Time-consuming measures, such as re-pulling control cables during ongoing operation, could thus be avoided.

For this purpose, Casambi was selected by tempLED due to the fact that no connection to the Voestalpine network had to be maintained during operation which works via APP and without internet. Therefore, the internal network remained protected.

The repair hall has been fitted with RayLite Pro 200-90 (4000 K) luminaires paired with Casambi ASD modules as well as Danlers High Bay IP66 PIR Motion/Brightness Sensors. The Casambi Xpress switches have been added to control the 3 different groups and several different scenes.

In conclusion, the upgrade to LED lighting in combination with the Casambi control significantly improved the company’s working conditions and quality management.